Beautifully Spun is out now. I hope you enjoy the latest edition to the Candied Crush series. Don't forget to scroll down and enter this month's giveaway. 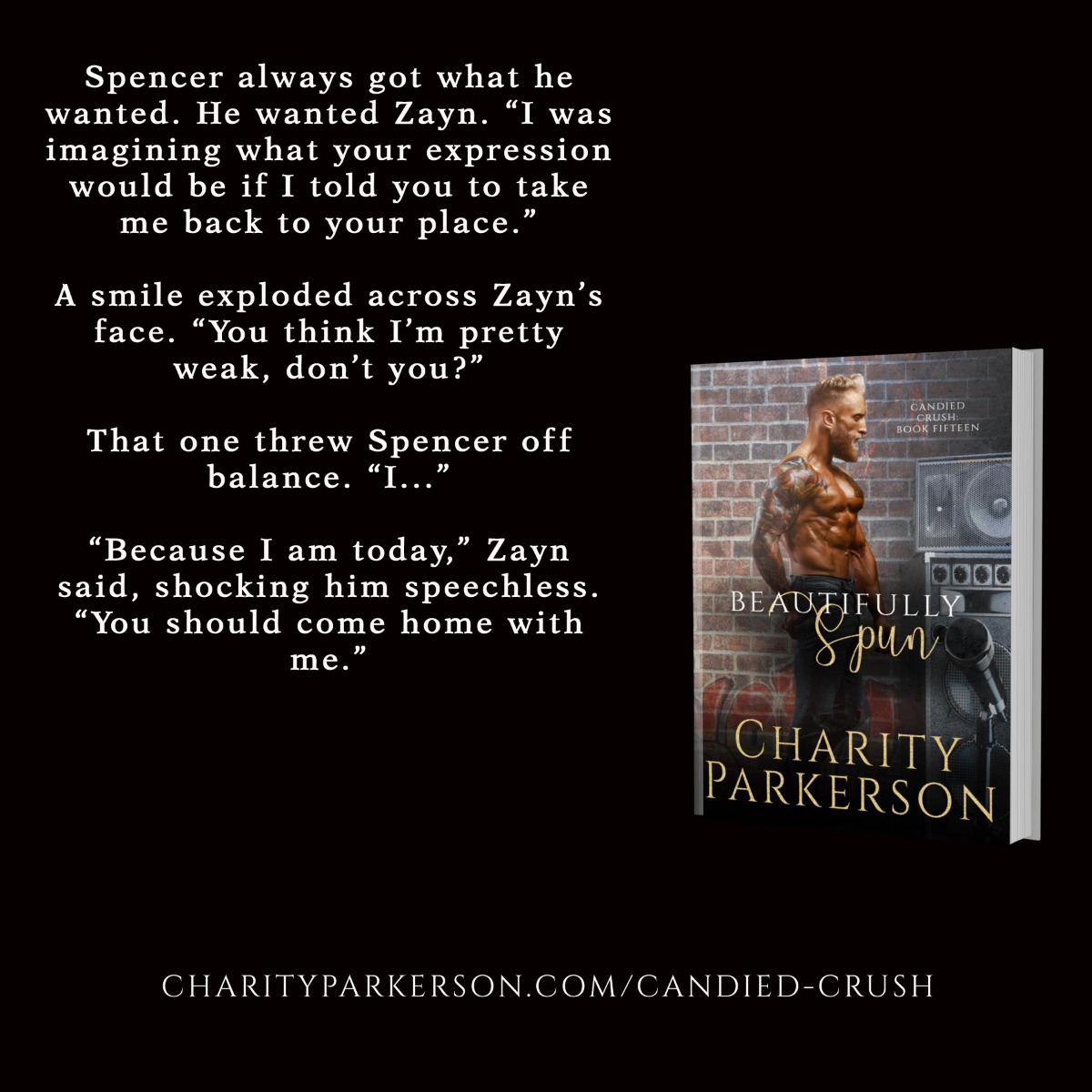 Zayn is looking for love. Spencer wants to live the single life forever. One of them is doomed to fail.

Spencer Wright, better known as Zealous Blaze, is the number one DJ in the world. Not only does everyone know his name, he’s also the most sought-after man on the scene. There’s zero chance anyone is tying him down. His life is too crazy. He would be insane to let himself get ensnared by one person. It’s too bad Spencer can’t stop thinking about Zayn.

Zayn has the worst luck with men. He’s rich and works hard on his body. Zayn would like to think he’s also a nice guy. It just seems like there’s no one left out there for him. Everyone he meets only wants to hook up. Zayn wants a real relationship. It doesn’t help that he has his heart set on the unattainable. From the first time he set eyes on Spencer, he hasn’t wanted anyone else.

Mixing tracks isn’t Spencer’s only talent. He also has Zayn’s head completely spun out of control with the way he wants Zayn one day, and then he pushes Zayn away the next. Maybe this next time Zayn won’t come back. 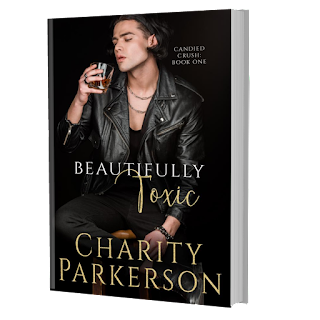 I have a brand new series releasing today. I really enjoyed writing this one and I cannot wait to hear everyone's thoughts. Don't forget to scroll to the bottom and enter the Rafflecopter. mybook.to/BeautifullyToxic A famous drummer. A homeless teen. It’s hard to tell which one is the savior. When Jessie Thunder, a famous drummer, learns a homeless person has been sneaking into his home, Jessie decides to help him out. The eighteen-year-old “boy” is too old to go in the system, and Jessie can’t stand the thought of anyone going hungry. He also hopes rescuing Theo will ease his soul. Otherwise, there’s nothing redeeming left of him. Even though Theo doesn’t trust Jessie’s help, he doesn’t have anywhere else to go. At first, Jessie’s attention feels like heaven. He’s never had anyone care about him, especially someone as amazing as Jessie. Everything seems perfect. That is, until Theo realizes Jessie’s beauty is only a mask. Inside, Jessie is poison and Theo has to get 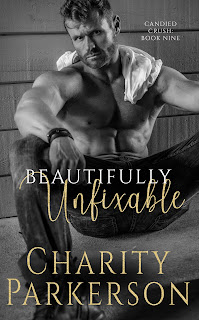 I have a new release! Check out the details below then scroll to the bottom to enter my giveaway.  mybook.to/BeautifullyUnfixable There’s a difference between luck and fortune; these men have neither. Lucky is easily the unluckiest person on the planet. Most people might say he has bad taste, but really, it’s misfortune. He tries to meet nice guys. Unfortunately, he always ends up with the worst people imaginable. The only good guy Lucky knows looks wretched on paper. He owns a biker bar and runs with the roughest crowd. Lucky can’t stay away. If Damon knows two things, it’s where to buy the best liquor and that Lucky is trouble. For whatever reason, Damon can’t stop pulling Lucky from every fire, and Lucky starts a lot of unnecessary blazes. There’s just something about him, though. Damon can’t tell him no. When Lucky pits his blind determination against Damon’s bitterness, it becomes a race to see which of them can fail the fastest. After all, there isn’t an ounce of self-preservatio 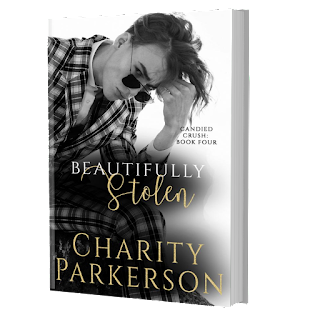 I have new release! Don't forget to scroll to the bottom and enter the Rafflecopter. mybook.to/BeautifullyStolen Roman is tired of games. Brett is certain they are playing. One of them is in for a huge surprise. From the first moment Brett met Roman, he had the man’s number. Roman is beautiful, flirtatious, and completely incapable of being loyal to anyone but himself. Everything about Roman is an act. Under normal circumstances, Brett would find a way to make money from Roman’s natural ability to charm anyone. This one time, he won’t, because there’s just something about Roman that gets under his skin. Brett can’t explain it. He simply knows Roman is trouble. Brett can’t let himself fall for the game. Roman wants Brett. That’s the truth of things. Since the first time he set eyes on the eccentric ball of energy, Roman has pulled out every weapon in his arsenal to try to win him. Brett isn’t into him at all. That’s a first for Roman. He can’t stop coming back for more of Brett’s sp